You are here:
Freebies 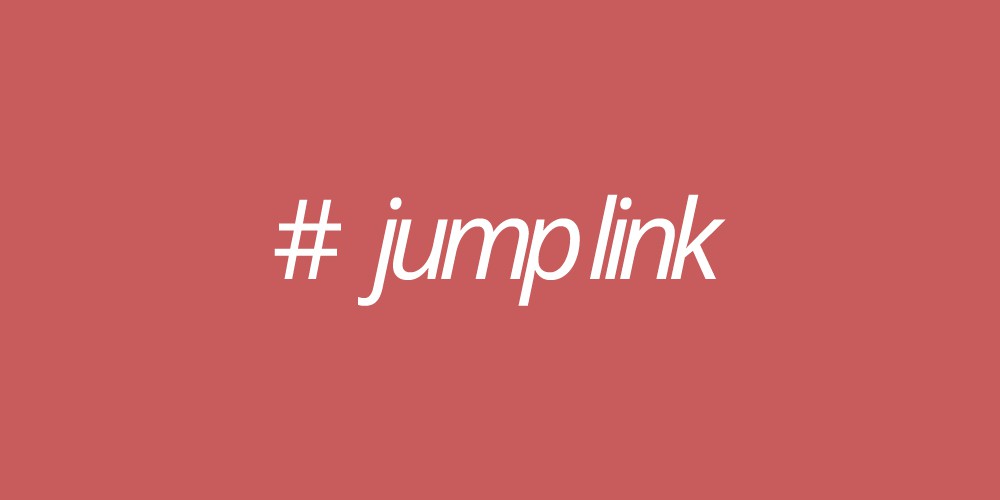 Create jump links menus from any HTML tags in your description text in seconds. You only need to specify the target content via a shortcode and place another shortcode anywhere in your content area to display the menu.

How does it work

First of all the plugin needs to know where it looks for the target tags, that should be used as anchors in the menu. Just wrap the description text between the shortcode ejlm_target and set an unique id.

Next put the [[ejlm_menu]] shortcode anyhwere in your description text and set the same id you already used for the other shortcode.

You observe that in the ordinary swimming position of the Sperm Whale, the front of his head presents an almost wholly vertical plane to the water; you observe that the lower part of that front slopes considerably backwards, so as to furnish more of a retreat for the long socket which receives the boom-like lower jaw; you observe that the mouth is entirely under the head, much in the same way, indeed, as though your own mouth were entirely under your chin. Moreover you observe that the whale has no external nose; and that what nose he has—his spout hole—is on the top of his head; you observe that his eyes and ears are at the sides of his head, nearly one third of his entire length from the front. Wherefore, you must now have perceived that the front of the Sperm Whale’s head is a dead, blind wall, without a single organ or tender prominence of any sort whatsoever. Furthermore, you are now to consider that only in the extreme, lower, backward sloping part of the front of the head, is there the slightest vestige of bone; and not till you get near twenty feet from the forehead do you come to the full cranial development.

Bethink yourself also of another thing. When two large, loaded Indiamen chance to crowd and crush towards each other in the docks, what do the sailors do? They do not suspend between them, at the point of coming contact, any merely hard substance, like iron or wood. No, they hold there a large, round wad of tow and cork, enveloped in the thickest and toughest of ox-hide. That bravely and uninjured takes the jam which would have snapped all their oaken handspikes and iron crow-bars. By itself this sufficiently illustrates the obvious fact I drive at. But supplementary to this, it has hypothetically occurred to me, that as ordinary fish possess what is called a swimming bladder in them, capable, at will, of distension or contraction; and as the Sperm Whale, as far as I know, has no such provision in him; considering, too, the otherwise inexplicable manner in which he now depresses his head altogether beneath the surface, and anon swims with it high elevated out of the water; considering the unobstructed elasticity of its envelope; considering the unique interior of his head; it has hypothetically occurred to me, I say, that those mystical lung-celled honeycombs there may possibly have some hitherto unknown and unsuspected connexion with the outer air, so as to be susceptible to atmospheric distension and contraction. If this be so, fancy the irresistibleness of that might, to which the most impalpable and destructive of all elements contributes.

Now, mark. Unerringly impelling this dead, impregnable, uninjurable wall, and this most buoyant thing within; there swims behind it all a mass of tremendous life, only to be adequately estimated as piled wood is—by the cord; and all obedient to one volition, as the smallest insect. So that when I shall hereafter detail to you all the specialities and concentrations of potency everywhere lurking in this expansive monster; when I shall show you some of his more inconsiderable braining feats; I trust you will have renounced all ignorant incredulity, and be ready to abide by this; that though the Sperm Whale stove a passage through the Isthmus of Darien, and mixed the Atlantic with the Pacific, you would not elevate one hair of your eye-brow. For unless you own the whale, you are but a provincial and sentimentalist in Truth. But clear Truth is a thing for salamander giants only to encounter; how small the chances for the provincials then? What befell the weakling youth lifting the dread goddess’s veil at Lais?

Now comes the Baling of the Case. But to comprehend it aright, you must know something of the curious internal structure of the thing operated upon.